Our Real Morocco organizes 3 days private desert tour from Fez to Marrakech, for Explore Fez, Merzouga, Fint Oasis and Marrakech. this 3 days Morocco private tour will allow you to get an idea of ​​the north and south Morocco, passing by the magical Atlas mountains and of course through the desert.

Departure at 8 am from your hotel in Fes to Merzouga, on our way to the deep south we will do a short stop in Ifrane city, On the outskirts of the city there are three protected natural areas: the Ifrane National Park, the northwest, the Cedar Forest to the south and the Ifrane Game Reserve to the northeast. Located at an altitude of 5,460 feet above sea level in the Middle Atlas region, this small hill town has a Swiss alpine feel to it.

Due to the high altitude, snow is abundant in winter and has a cool summer weather which may be an “exotic touch” on our journey on the way to the desert.

In the landscape arise forests of giant cedars and colonies of monkeys similar to those that populate the rock of Gibraltar.

We will have lunch in Midelt, the great charm of this small town lies in its location between the Middle Atlas and the Grand Atlas. It is surrounded by mountains and has a fantastic Atlas landscape.

After lunch we continue through the mountains of the middle atlas until we reach Merzouga. We arrive before nightfall and will have your camels waiting to take you on a 1 hour trip through the desert dunes to the camp.Dining in a tent under the stars, after which you can join the group around a big bonfire with local music.

Wake up early and enjoy a most beautiful sunrise on top of a dune. After breakfast get ready for another hour of camel ride back to the meeting point.

Our driver will be waiting for you. You will travel through the Draa Valley crossing beautiful mountain landscapes from the anti-atlas to the Fint oasis.

It is nearly impossible to imagine traversing the dry, desolate terrain of the Anti-Atlas Mountains, that any place so green, lush and full of life can be on the horizon. But suddenly you spot it: a massive, verdant palm grove, teeming with plant, animal and village life.

Composed of four traditional villages which blend Sub-Saharan, Moroccan and Berber culture, the Fint Oasis is a laid-back place where donkeys and other beasts of burden still roam the streets and women still wash clothes in the river. Though largely unknown outside of Morocco, the Fint Oasis has served as the setting for a number of Hollywood films.

It’s in this piece of verdant paradise that we will dine and sleep on our third night.

After breakfast, we return to the road towards the city of Ouarzazate, known as “the gate of the desert”, Ouarzazate and the surrounding region is one of the most frequently used Morocco settings by filmmakers from around the world. In addition to the landscapes, another of the area’s great attractions is the quality of light, with a bright sun for at least 300 days a year.

This stretch of road is considered one of the most picturesque of Morocco, by the breathtaking views of the highest mountains of the High Atlas.

Along the road or near it there are several traditional villages with houses of stone or of beaten earth, surrounded by terraces and walnut trees, in which the inhabitants dedicate themselves to agriculture.

We will arrive at Marrakech at the end of the day.

We took the 3 day Fes-Merzouga-Marrakech trip with Hicham. Besides the beautiful sights we saw, we are especially grateful for the insight in Moroccan everydays, culture, history and family life, that Hicham gave us. We spent the long hours of driving through diverse landscapes listening to cool Moroccan music and talking like friends. Thank you Hicham!

Great trip from Fes to Marrakech
We enjoyed a great trip from Fes to Marrakech with our driver Hicham He was the best example of professionalism – a clean, up to date vehicle, safe driving, highly informative and extremely personable. Hicham even adjusted the itinerary based on our interest. His command of English is quite good and he was able to share information about both Moroccan history as well as contemporary issues. I highly recommend him for travel in Morocco. 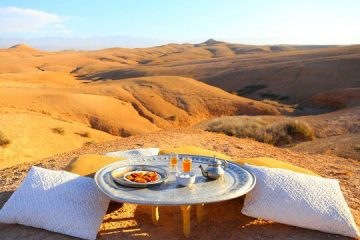 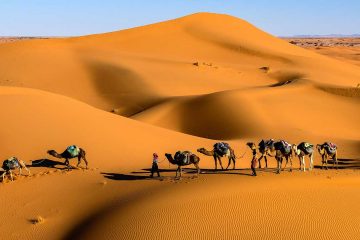 A small trip full of charms, from
3 DAYS
MARRAKECH, MOROCCO 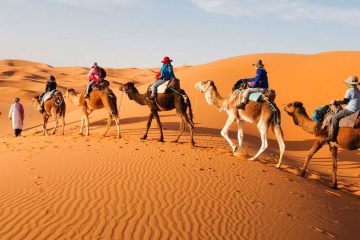 From Marrakech to the dunes of the
3 DAYS
MARRAKECH, MOROCCO
One tour per person